This article is fourth in the series: Sleep Apnea’s Health Disparities

It’s not surprising that people within the LGBTQ community experience sleep problems, many which – like all chronic illnesses – mirror those of their cishet* peers.

7 of the world’s top 10 causes of death are from chronic diseases:1

As sleep itself is a whole-body process which affects all the systems of the body, it’s no stretch to link poor sleep to all of these chronic conditions.

Addiional obstacles for the LGBTQ community

Preventing, treating, and surviving these illnesses is a challenge for us all, regardless of our gender identity or sexual orientation. However, those who belong to the LGBTQ community face additional obstacles. 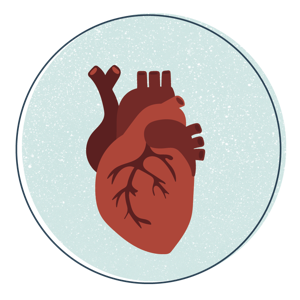 There is mounting evidence that lesbian, gay, bisexual, transgender, and queer or questioning (LGBTQ) adults experience disparities across several cardiovascular risk factors compared with their cisgender heterosexual peers. These disparities are posited to be driven primarily by exposure to psychosocial stressors across the life span.

Chief among these risk factors? Poor sleep, including higher risks for developing OSA. But are people in the LGBTQ community getting the medical care they need for their sleep problems?

What are psychosocial stressors?

Psychosocial environment describes the space where we interact with others both as individuals and as communities. These spaces include the family, the workplace, personal residence, the physical environment, economic status, social settings, and other spaces.3

Lack of control over situations in these environments creates stress. So does uncertainty and unpredictability. These stressors eventually affect our overall health.3

Some chief stresses common within the LGBTQ community include:4

It makes sense that poor sleep for them results from psychosocial stress.4 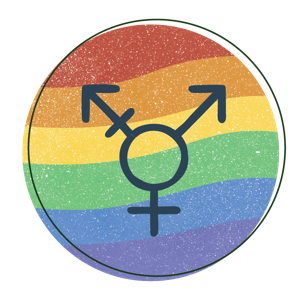 Connecting the dots: OSA in the LGBTQ community

The seeds of OSA may actually take root in childhood. While having a high body mass index (BMI) can happen to children and teens regardless of sexual orientation or gender identity, some evidence directly links “sexual minority status” to higher BMI.5

A young person struggling with gender identity or sexual orientation – especially in an unsupportive environment – may turn to unhealthy behaviors like overeating or avoiding exercise for relief. External pressure from family, school, relationships, and social situations aggravates these behaviors, leading to weight gain.

Science confirms that children with higher BMIs frequently develop snoring and sleep-breathing disorders such as OSA.5

But opposite situations can lead to similar outcomes. Children of healthy weight who sleep poorly (for similar reasons) may also gain weight leading to collapsed airways during sleep and an eventual case of OSA.6

LGBTQ and barriers to diagnosing and treating OSA

A person with possible OSA who is LGBTQ may expect hurdles beyond spending a night in the sleep lab or learning how to use CPAP.

Discrimination against LGBTQ patients is a known healthcare obstacle. Many report being laughed at, refused treatment, or verbally harassed. Some in transition report healthcare workers who outwardly refused to address them by their preferred names.8

Institutional biases like these mean some within the LGBTQ community will avoid the sleep doctor entirely, leaving their OSA untreated and setting the stage for future chronic illness like diabetes or heart disease.

This shouldn’t happen. These patients deserve access to quality care just like their cishet peers. It’s not their job to fix this dilemma – it’s the job of sleep specialists to deliver care with an open mind while removing discriminatory roadblocks.

Hope for the future?

Research is notably lacking in data on chronic health conditions – including OSA – within the LGBTQ community.

The Institute of Medicine recently took action to address these research shortcomings. They convened the Committee on Lesbian, Gay, Bisexual, and Transgender Health Issues and Research Gaps and Opportunities to identify:9

The PRIDE study is also attempting to resolve holes in research on healthcare topics relevant to the LGBTQ community in the first long-term health data collection effort of its kind, involving nearly 14,000 people.11

*Cishet: Cisgender and heterosexual. Cisgender means identifying with the gender assigned to them at birth. Heterosexual means attracted to people of the opposite gender.

This article is part of a series: Sleep Apnea’s Health Disparities. Check out the other articles in this series!

More on this topic

1 comments
This article represents the opinions, thoughts, and experiences of the author; none of this content has been paid for by any advertiser. The SleepApnea.Sleep-Disorders.net team does not recommend or endorse any products or treatments discussed herein. Learn more about how we maintain editorial integrity here.

How often do you experience daytime fatigue?